Nic is chairman, director and adviser in a wide range of organisations and sectors, building on 20 years in senior executive roles at some of world sport’s biggest names, such as the Premier League, Wembley and British Horseracing. Nic still works in sports, chairing national governing bodies England Golf and UK Athletics as well as a committee of the England and Wales Cricket Board, and consulting to sports across the globe, with a focus now on India and the major growth sport, the Pro Kabaddi League. He is an NED of Dunedin based business, Oritain, one of the world’s leading origin and supply chain authentication businesses, and chairs rugby sports tech business Sportable, and manufacturing businesses in the UK, as well the 100 years old UK-based retail motor trade and property businesses in the English West Midlands. He started working life as a solicitor at Freshfields in London.

Paul was educated in London, also where he established Paul Beare Ltd to help overseas companies set up in the UK. Paul is now Auckland based, having relocated permanently since 2020, following many years of travelling to NZ and where he has extended family. He continues to run his UK practice, from New Zealand.

Paul is Executive Chair of digital marketing platform Shuttlerock, Chair and shareholder of Black Cat Cruises and a Director of Ngai Tahu Tourism. Paul is currently a board member of ChristchurchNZ. He recently retired from the Air New Zealand Board and also served as Director at Tourism NZ.

Lianne is the Ambassador of our Kate Sheppard Women's fund. Now serving her third term as Mayor of Christchurch, Lianne was elected in 2013 after serving for 23 years in the New Zealand Parliament. She is also the Chair of the Canterbury Joint Committee on Civil Defence and Emergency Management. Lianne has previously served as the Chair of the Canterbury Mayoral Forum, and as a member of Local Government New Zealand’s National Council.

Paul is currently General Manager Customer and Stakeholder for Orion NZ Ltd, a local electricity distribution business. Previously, Paul spent 20 years within Spark NZ, holding several senior roles including three years as Head of South Island. Paul has a strong engagement with his local community. He is Chairman on the Ronald McDonald House SI Trust Board, and a member of the Canterbury Employers Chamber of Commerce Board. Previously Paul had three years on the NZ Technology Industry Association Board.

Graham is an experienced entrepreneur within the digital and software industry, having founded and grown a number of companies over the past 20 years within the United Kingdom and New Zealand.
His most recent start-up, Citrus Tree Consulting, which focuses on assisting Southern Hemisphere companies successfully expand into the Northern Hemisphere market, has found success globally with his clients extending to North America, Europe and Asia-Pacific.

Sam is a kiwi who was educated in Ōtautahi Christchurch, both for high school and university. He describes his time in the city as his “formative” years. Sam is co-owner of the distinguished landscape architectural practice Exterior Architecture who work across the UK and Europe working on the design of large-scale urban developments, town centre renewal and master planning. The company employs several kiwis. Sam lives in London with his wife and two of his children. His eldest son is studying in Christchurch at the University of Canterbury.

Karen moved from northern England to New Zealand to begin her working life. While in Ōtautahi Christchurch both her and her husband became kiwi citizens. Her career has primarily been in innovation and design, working for some of the biggest brands on the planet around the world. She returned to the UK and is the Chief Sustainability Officer at Ingka Group, a global data insight and business intelligence agency that is owned by the founders of IKEA. Karen lives in the Surrey Hills with her husband and two children. They look forward to bringing the kids to Christchurch in the near future.

In his third term as a Christchurch City Councillor for the Banks Peninsula ward, Andrew was re-appointed Deputy Mayor of Christchurch for a second term in October 2019. Andrew is committed to community development, the environment, arts and culture, economic development and social equity.

Stew Whitehead is a kiwi expat, who grew up on a farm in rural Canterbury and subsequently went to school and University in Ōtautahi Christchurch, where he studied law and commerce. He now works for New Zealand based company, Oritain, in its London based office as Global Head of Food Sales. He is a proud and passionate advocate for Ōtautahi, especially as it emerges as a resilient and modern world class city in light of many adversities the city and its people have faced.

A passionate Cantabrian Amy was thrilled to return to the not-for-profit sector in a full time capacity when she joined The Christchurch Foundation as the founding Chief Executive.

Amy's early career was in the not-for-profit sector where she worked organisations including St John, Surf Life Saving New Zealand, Swimming New Zealand and the University of Canterbury Students Association.

More recently she was a consultant specialising in communications and stakeholder engagement as well as holding a number of directorships in both not-for-profit and commercial entities.

She is a part owner of three Christchurch based SME’s, and a longstanding trustee of the Banks Peninsula Conservation Trust.

Hannah studied at the University of Canterbury and spent a lot of her time at the UC Centre of Entrepreneurship where she discovered her passion for social enterprise and not-for-profits. Since graduating Hannah has spent her time starting up multiple social enterprises including Indigo & Iris a beauty brand who gives a damn.

Hannah was born and bred in Christchurch and is excited to work on creating a better Greater Ōtautahi through her work supporting donors with their giving to ecological/ Kaitiakitanga projects.

Nicole joined the team as our Endowment & Partners Manager while Julia was out on parental leave.
Nic's focus is on opportunities for business involvement in our community programmes, to grow impact and enrich the organisations participating.

Nicole's career has focused on relationship building and innovation.
A diverse background from the fashion industry, to communications and stakeholder engagement, to civil engineering innovations. Nicole has worked with organisations such as Country Road wholesale division, SCIRT Rebuild team, Fulton Hogan Corporate and the Canterbury Chamber of Commerce.

Julia works with individual donors and families, forming and maintaining long-term relationships, to assist them to achieve their dreams for Greater Ōtautahi Christchurch.

Julia is well-known for her positive, professional personality and her love for travel means she enjoys experiencing new ideas and cultures. She believes each and every person can play a part in changing our society for the better and is looking forward to making a positive difference in the Christchurch community.

Mike co-anchors TV3's flagship news programme Newshub Live at 6pm and has numerous industry awards for his work. He has played a critical role in sharing the stories of Ōtautahi Christchurch throughout his career.

While a resident of Auckland these days home is Ōtautahi Christchurch, as he grew up in the city and completed his education here.

Mike is the Ambassador of our Earthquake Memorial Fund.

Gemma McCaw the Ambassador for the Women in Sport Fund. Gemma represented New Zealand in Hockey at three Olympic Games.

McCaw, a mother of two young girls, said she was excited to be involved in the initiative that will help foster strong supportive relationships for women and girls involved in sport.

Eli Matthewson the Ambassador of the PRIDE Endowment Fund. Eli will be a familiar face to many having been involved with The Court Theatre as a Court Jester and appearing on television screens since 2013. He's appeared on Shortland Street, as a panellist on 7 days, and most recently he was the head writer of Have You Been Paying Attention. Eli wrote Golden Boy, is y a host on The Edge's Breakfast show and hosts an (almost) weekly podcast, The Male Gayz, with friend Chris Parker.

Eli is a leading voice in the modern New Zealand comedy scene and has earned accolades for his work nationally and globally. In 2021 he won the Fred Award for Best Show at the NZ International Comedy Festival.

Growing up gay in Christchurch was at times challenging for Eli. He hopes that through his ambassadorship that he can help support others in the queer community here to thrive.

Eli will be the host for Kahukura, a fundraising "black tie" event to be held in June as a part of PRIDE 2022. 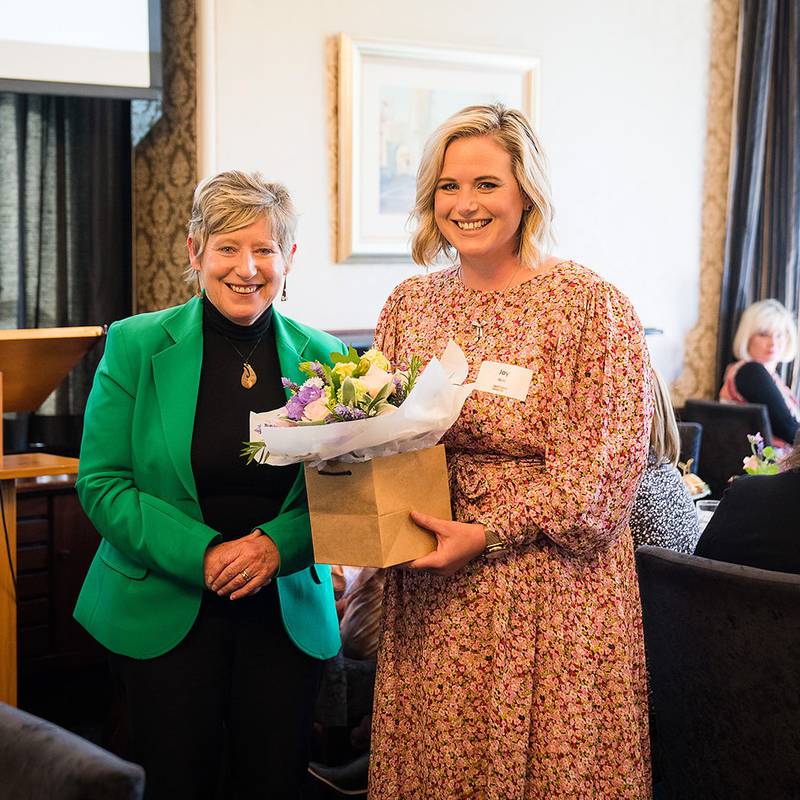 One Mother to Another Update